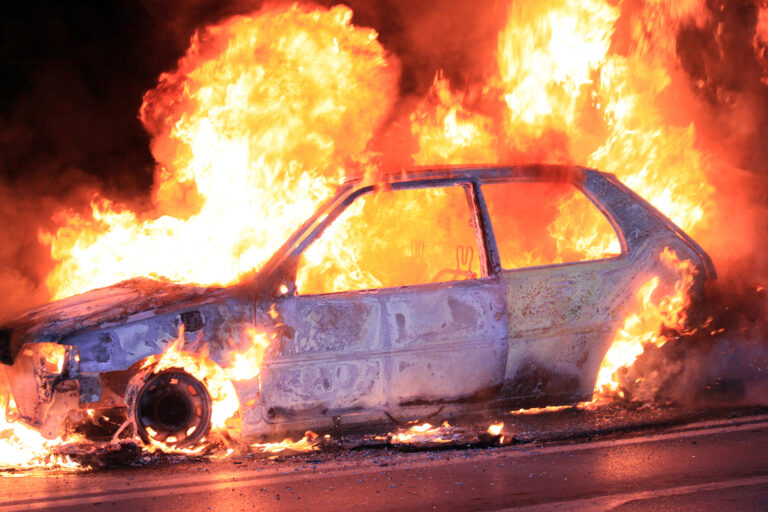 I have been very cautious to call for this, but we are at the point that it needs to be done. Despite what you may hear from CNN, what is currently happening in our streets isn’t just “mostly peaceful protests”. We have violent revolutionary groups such as Black Lives Matter and Antifa who are calling for the overthrow of the United States government and we can’t allow that to continue if our country is going to survive.

I have been very cautious to call for this because I know what it means and how the media and the radicals on the left are going to spin it. “See, we told you that Trump is just like Hitler and that is why he is arresting those for peacefully protesting those who only care about black lives.” I can hear it now from the left. But what other option is there? Allow the country to burn to the ground and allow these revolutionaries to take control of the country? And no, I am not calling him to arrest those who are actually peacefully protesting.

What is the Insurrection Act?

The insurrection Act was signed into law by President Thomas Jefferson to foil a plot by Aaron Burr to illegally take over land in the southwest. Burr wanted to raise an army and establish his own dynasty in either Mexico or the Louisiana territory. Burr wanted to invade Mexico, steal their land, and then keep that land for himself. Jefferson went to James Madison who was Secretary of State at the time, to get advice on if the Constitution would allow him to send in the military and stop Burr.

Both Jefferson and Madison were strict constitutionalists so they didn’t want to do anything to violate the Constitution. Still, Burr needed to be stopped from stealing this land. So Jefferson went to congress in December 1806 and ask for authorization to send in the military to stop cases of insurrection. The bill authorized “the emploiment of the land or naval forces of the US in case of insurrection”.

Jefferson was the one that signed the insurrection act into law, but it was amended several times.

Abraham Lincoln used it in 1861 to be able to send in federal troops. Without it, he wouldn’t have had the authority to send in troops without the states permission.

After the Civil War, the Insurrection Act was amended to give the President authority to enforce the 14th amendment. This gave the President the right to send in the military when “any part or class of its people is deprived of a right, privilege, immunity, or protection named in the Constitution and secured by law, and the constituted authorities of that State are unable, fail, or refuse to protect that right, privilege, or immunity, or to give that protection.”

President’s Eisenhower and John F. Kennedy used it to deploy troops in the south to enforce desegregation in the defiance of the governors.

In 1992, after four police officers who were charged in the beating of Rodney King were acquitted, the Governor of California asked President George H. W. Bush for help to quell the riots.

In 2005, President George W. Bush considered using the act to take control of the National Guard following Hurricane Katrina but decided not to use it.

The act was amended again in 2006 to expand the Presidents authority in times of crisis.

So President Trump wouldn’t be the only one to invoke it and does absolutely have the constitutional authority to use it in times of crisis. Madison and Jefferson weren’t exactly supportive of big government and even they argued that it was constitutional. I am not advocating the President immediately sending in the military for every little thing and certainly not advocating for him to stop people from peacefully protesting.

These are not peaceful protests however. CNN and MSNBC might not be able to see that but I believe that the average person can tell the difference between a peaceful protest, and a riot. These people are Marxist revolutionaries, who are on camera calling for the overthrow of the government.

I have spent the past decade arguing that we need an executive branch with less power. But in the case where you have self avowed Marxists in the streets who are making their intentions to overthrow the US government very clear, the President absolutely does have the right to invoke the Insurrection Act to quell the riots. I will even go as far as saying he has the responsibility to put an end to these riots, get the situation under control, and “Defend the Constitution against all enemies. Foreign and domestic”, which he swore an oath to do on Inauguration day.