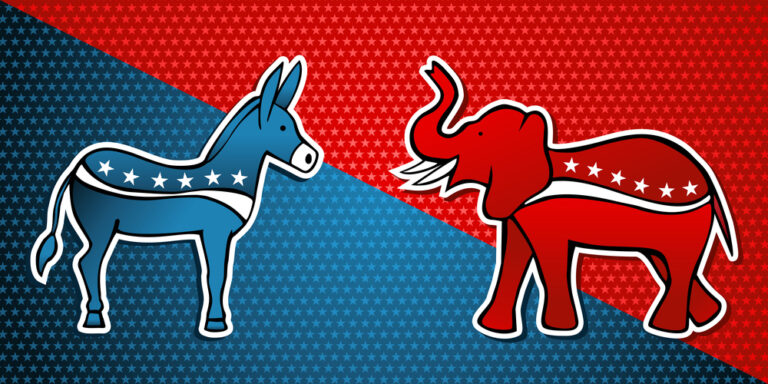 Somehow the unthinkable happened. Democrats were able to pull off narrow wins in both the House and the Senate and win the White House. This gives the party that has promised radical changes over the next few months almost complete control of the government. So what does America look like in 2022?

Let’s take a look back at 2009-2010 first. Barack Obama came into office making some radical changes. We got things like Obamacare out of that. But he wasn’t exactly popular with the far left wing of the Democrat Party after that. Their criticism of him was that he didn’t go further when Democrats had complete control of the government for those two years. We once again have that same scenario where Democrats have complete control.

We are going to at least see a push to:

A few of these promises he might not be able to accomplish. Eliminating the Electoral College is more complicated then just signing an executive order or it narrowly passing both houses. The push to grant Puerto Rico or DC statehood or break up existing states isn’t going to be easy either and there’s at least a chance that they won’t be able to accomplish that. But almost everything on this list they can now accomplish. And if they can’t get congress to pass it, Biden will do it by executive order. Giving this party, or really any party, complete control is the worst thing you can do.

They are not going to make the same mistake they did during the first two years of Obama’s term and not go as far as they can, as fast as they can. They know there’s a very real chance that they will only have complete control for two years (unless somehow they are able to add new states like DC that will be overwhelmingly Democrat) and they are going to make every day of it count. These proposals are going to happen so fast during the first 100 days that you won’t be able to keep up with the news.

As terrifying as some of these things are, these aren’t just the only policies that we need to be concerned with. We elected a guy who was possibly the most corrupt Vice President in history. The exact politician that most Americans claim to despise, they voted for. A family who has earned billions of dollars from China. A Vice President who used foreign aid to pressure a country to fire an ambassador that he didn’t approve of. This guy is now in charge.

We gave complete control to a party who lied about Russian collusion and then when a two year investigation turned up nothing, they continued to push a claim that they knew to be false. A party that has spent the last four years, not just refusing to pass Trump’s proposals, but completely undermining the President.

We elected a party that has no problem silencing those they disagree with. A party who is encouraging Big Tech to go even further and completely remove Conservatives from their platforms. A party that openly talks about wanting re-education camps and wants to “reprogram” those that voted for Donald Trump. A party who accuses anyone who thinks for themselves and doesn’t support their radical agenda of being a racist, sexist, homophobic, bigot, terrorist, Nazi, White supremacist, Xenophobic, traitor, Russian asset, etc. It’s one thing to call people things like racist or homophobe, but when you start accusing the other side of being a terrorist, that’s on a whole new dangerous level. The party that acts so concerned about Trump’s “violent rhetoric” and accuses him of inciting violence, calls 75 million American’s terrorists daily. You don’t think that will cause people to turn on their neighbor who voted a different way?

The Road I Fear We Are On

There’s another major concern I have and if this plays out on inauguration day, it’s going to be really bad. I am not accusing the Biden administration or their supporters of being Nazi’s but I am going to make one comparison that I really hope doesn’t play out.

In Nazi Germany, after an attack on their Capitol, the German President Paul Von Hindenburg followed the advice of Chancellor Adolf Hitler and issued the Reichstag Fire Decree. This decree was used to get rid of civil liberties and imprison anyone they suspected of being opponents of the Nazi’s. I’m not suggesting that they are going to start jailing Republicans. What I am suggesting is that if something were to happen during the inauguration, they will use that as the excuse to start putting more restrictions on guns and the narrative that Trump supporters are all terrorists will continue to get worse and worse. Of course if Trump supporters are all terrorists, why shouldn’t we put more restrictions on them like banning them from social media and boycotting their businesses, right?

We are on a incredibly dangerous road and it’s going to get much worse before it gets better. Eventually we are going to wake up and realize how good we had it before we destroyed everything. And I’m not just blaming Democrats here. I don’t believe that the average Democrat is aware of the road we are on. I’m also not saying that Republicans don’t deserve their share of the blame either. I just hope there’s time to wake enough people up to restore the Republic before it’s too late.