The “S” in Your New ESG Score: Go Woke or Go Broke 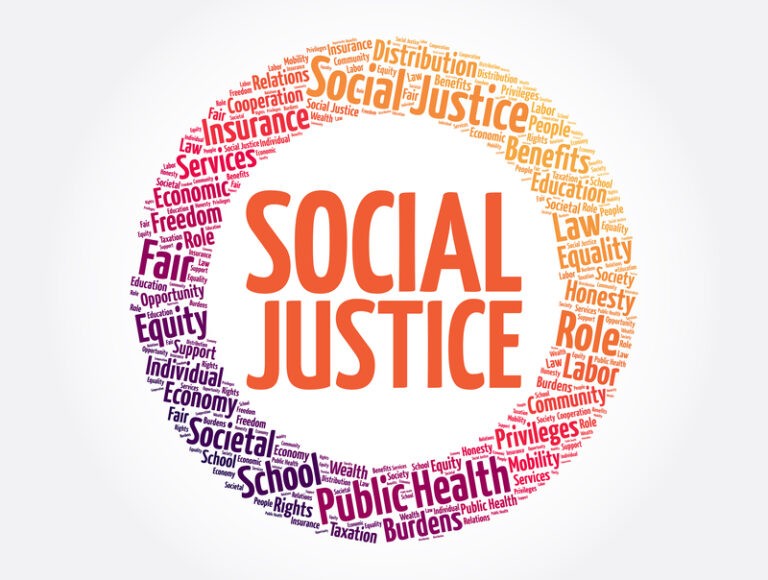 Over the last few months I have been explaining what is coming with the new Great Reset that is already being implemented in the banks and it will soon effect every aspect of your life. You will soon be living under a new credit score system that is eerily similar to the system that China currently has. As I have shown you with the actual documents, this isn’t some “right-wing conspiracy theory”. This is already happening behind the scenes in many major banks and you will soon notice a new score that you will be given which will be called an ESG score.

This new score is based on three factors: Environmental, Social and Government (ESG). A few weeks ago I explained the Environmental aspect of this score. But the environment is only part of what goes in to that score. Social Justice will also factor in. If you support Marxist groups like Black Lives Matter or Planned Parenthood, those donations will help to improve your score. If you invest in green energy companies that will improve your score. If you donate to a company that supports the second amendment or are invested in a company who isn’t “woke” enough, your ESG score will suffer because of it.

One of the things that companies will be graded on is “stakeholder opposition”. What does that mean? Well, the details are very vague. The report doesn’t go into too many details on what makes a good or a bad company. Just turning on the news and constantly seeing companies like coca cola telling people that they need to try to be “less white” and that they will no longer do business with any company that doesn’t have racial quotas with a certain amount of minorities working for them, we get a pretty good idea.

If you have a business you will demonized if you don’t play ball with the “woke” mob. If you support freedom of speech, if you believe in hiring the best person for the job and don’t support racial quotas, if you speak out against groups such as Black Lives Matter, if you don’t pay a $15 minimum wage like the big “woke” corporations, and if you believe that people that hold a difference of opinion from you should still be allowed to voice that opinion, the mob will come for you. If you dare to stand against the woke crowd, you will be demonized, you will be silenced, and you will be forced to comply. What you are seeing in the culture and trying to erase anyone from society who doesn’t hold the exact same views as them is only the beginning. Youtube demonetizing people like Steven Crowder or Facebook banning Donald Trump is only the beginning. The “woke” crowd will do absolutely everything possible to force you to become woke too.

If you think social media platforms such as Facebook’s attempt to silence Conservatives is bad now, just wait. It’s going to get much worse. I mentioned Facebook specifically for a reason. Facebook now has an ESG score. You would think that they should have a good ESG score under this new system because they are silencing those with views that lean to the right. But they actually have an extremely low ESG score overall. Despite Facebook being rated as a “leader” in their environmental score which is the highest rating that you can get, because their social and governance scores are rated as “laggards”, which is the lowest score you can get, overall their ESG score is rated as “Laggard”.

So why is Facebook rated so low? Because auditors found that Facebook isn’t doing enough in fighting for “civil rights”. Facebook isn’t canceling enough Conservatives (or really anyone who isn’t part of the “Woke” mob). Baaed on what you have seen from platforms such as Facebook lately, do you really think they are going to stand up for free speech or do you think they will go even more woke and start banning even more people who hold views that differ from the woke crowd when this ESG score really kicks in to high gear?

All of this isn’t some plan that could happen way down the road. It’s already happening. They are already on step two out of their four step plan to fundamentally transform society and most Americans have no clue what’s going on, but it will effect every aspect of your life very soon.

In a report from the United Nations, they lay out this four step plan which will take control of every aspect of your life. Step 1 was “Qualitative analysis” which is where they came up with the idea to give you a rating based on what you are invested in, how much energy you use and what organizations you support. This actually came to America through Amalgamated Bank back in 2018 and since then multiple large banks have already signed on.

We are now on Step 2 which is “Quantitative Analysis”. This is where you are going to start being graded and where you will soon see an ESG score show up anywhere that you have investments, if you haven’t already.

Step 3 is “Investment decision” where “The analysis performed in stage one and stage two will lead to a decision to buy (or increase weighting), hold (or maintain weighting) or sell (or decrease weighting). We aren’t quite at stage 3 yet but we are extremely close to this stage where the banks start to divert money away from those that are refusing to comply. It’s not going to take long from where we currently are to get to this stage.

That leads us to Step 4 which is “Active ownership assessment”. This is where you will be monitored and forced to comply via “exclusion measures”.

You need to be informed and prepared for what’s coming because this is going to happen fast. You need to start preparing immediately because we are soon going to be at the point where you won’t be able to get a loan. You need to do whatever it takes to get your financial house in order now.

Make sure you don’t miss future stories on the Great Reset by subscribing to our free newsletter below:

For more on the Great Reset check out: