The proof that your children are being groomed 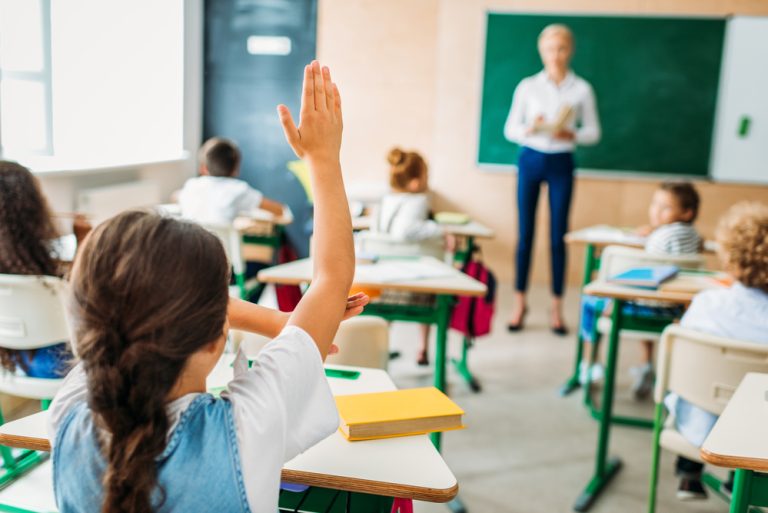 The Left, including Disney, is furious at Florida Governor Ron DeSantis for signing the so called “Don’t Say Gay” bill. What they don’t tell you is that no where in the bill does it mention “gay”. The bill does not prevent your child from asking questions, but it prevents teachers from teaching sexuality in K-3. Of course we are being told by the Left that “this isn’t happening” and yet, strangely, they are furious that it’s being banned. Why are they so upset that something that they claim isn’t happening is banned?

I recently wrote an article titled “Why I’m Gay and Still Support the So Called Don’t Say Gay Bill”, which you can find here. In that article I discuss what is in this bill and that opposition to the bill is nothing more than Left wing propaganda. It does ban the use of the word “Gay”, nor does it harm LGBTs in anyway. I am 100% supportive of that bill.

So let’s look at just a few of the examples of what is being taught. This is only a drop in the bucket compared to what is actually being taught.

In Pasco County, Florida, schools are keeping records as part of their Gender Support plan for children as young as kindergarten. It asks the child for their preferred pronouns. It asks if the student’s parents are aware of their gender status. What name and gender is listed in the official school records and what pronouns should be used when referring to that student. Which bathrooms the student will be using on campus. Which gender the child will spend the night with on overnight school trips. Did I mention that this is not for high schoolers but for children as young as kindergarten? Children as young as 5 are being asked for their preferred pronouns and keeping all of this a secret from their parents.

On the About SEI page on Austin’s ISD website, they claim that “we believe that Social Emotional Learning is at the heart of equity-centered systems and structures. In an effort to grow this belief into a reality, the SEL and Cultural Proficiency and Inclusiveness department has adopted a new statement of purpose for our work together.” This is being taught in K-12 in Texas. This is grooming.

A gay preschool teacher in Ilinois openly bragged at a conference that he talks to his preschool kids about sex. Regardless of your sexuality, how can you possibly defend this? How can you defend talking to 5 year old’s about any kind of sex?

One teacher went on ticktok and bragged about how she taught her 5th grader students about transgender issues. There is even an entire organization that teaches this to students as young as kindergarten.

One teacher in Texas claimed that 20 out of her 32 fourth-grade students ‘Came Out’ to her as LGBTQIA+. 20 of her 32 9 year old students are LGBTQIA+? How is that possible unless these children are being groomed? A group of 32 random adults coming together wouldn’t have 62% of them being LGBTs, unless they are coming together specifically for an LGBT event, but we are suppose to expect that 62% of 9 year old’s are LGBT and that they aren’t being groomed?

We need a President that is going to eliminate the Federal Department of Education but that’s only a part of this fight. You need to get involved in your child’s education and learn exactly what it is they are being taught. You need to show up to school board meetings. You may need to run for the school board. You may even need to pull your kids out of school completely. There is no excuse for remaining silent on this.

We are told that this is all a “made up conspiracy theory by the right” but I have provided several stories on how you children are being groomed. Visit those links and read the documents/articles for yourself. They can claim that CRT or CSE isn’t being taught because those aren’t stand alone programs. All of it falls under SEL and it is being taught, everywhere.

Below you’ll also find several other sources that I encourage you to visit. At this point the only way someone can claim this isn’t happening is if they are intentionally being willfully ignorant or they support the indoctrination and grooming of children as young as 5. There is no other excuse. And there is no excuse for you not getting involved and fighting for your children.

Glenn Beck recently did a special and I would encourage you to check it out, regardless of what you may think of Glenn. He shows images from textbooks that are being used, images that I don’t feel comfortable even searching for because they are so graphic. They describe actual sex acts in detail to young children and that is exactly what people like Ron DeSantis are fighting to stop. Please check out that special below. If it happens to be taken off of YouTube, and that is a real possibility, it will continue to be available on BlazeTV.com.

If you want to know more and want to get involved, I would suggest following @realchrisrufo on Twitter. He has done tremendous work on exposing things like SEL and CRT. I have reached out to Chris’s team recently and they provided two resources for where you can go to see the evidence of what is being taught. Subscribe to https://defendinged.org/map/. This site tracks a lot of the incidences and has parent groups that you can get involved with in almost every state. Also check out and subscribe to https://whataretheylearning.com/, which is another great resource.

For future articles on important stories like this, subscribe to my free newsletter below. This is a weekly email that goes out every Monday that includes all of the articles that I published the previous week along with several other stories that I think are important for you to know about, as well as some other cool stuff that is in the works.

All Posts »
PrevPreviousDid you know that the first draft of the Declaration of Independence called for the elimination of slavery?
NextUN; US Government funding illegals to flood our borderNext