New Document Proves that Leftists are Trying to Cause Chaos/Secession 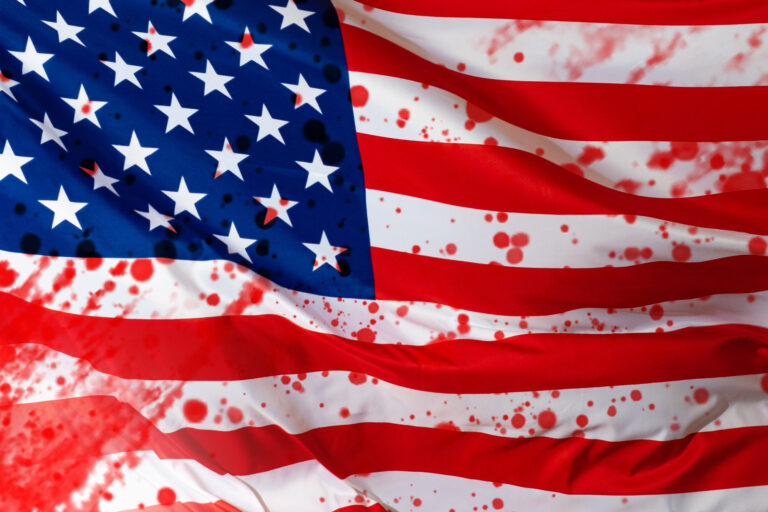 Sadly, everything that I claimed last week isn’t just far out there conspiracy theory. Sure, it’s possible that what I claimed won’t be successful. But they have been wargaming all of the possible scenarios and I have the document to prove it.

In June 2020, the Transition Integrity Project (TIP) ran through a series of scenarios that could legitimately happen in this election, everything from a clear Biden win to a clear Trump win and everything in between. In August this document was leaked to the pubic. The document claims that it doesn’t take any position on how Americans should vote (other then the usual Trump is undermining our democracy) and that Trump has “embraced authoritarian practices” and that this is their last chance to “stop a rapid and potentially irreversible US decline into authoritarianism and unbridled nativism”.

The amazing thing is that every thing they are accusing Trump of doing, they are openly advocating. They are claiming that Trump won’t step down if he loses and yet they still haven’t accepted the results of the 2016 election. They are warning that Trump will encourage chaos and violence in the streets, and yet they are refusing to condemn the violence from their own side from ANTIFA and Black Lives Matter. They are warning that Trump will coordinate investigations at state and local levels into alleged “voter irregularities” but they started a whole impeachment investigation over a fake Russian collusion story. Oh, and they are trying once again the foreign influence narrative.

In the document they present a possibility that if Trump loses, he could resign one day before inauguration day so that President Pence could sign his pardon, or even pardon himself. It claims that he might pour tons of federal money into his business before leaving office. They even accuse him of possibly trying to start a foreign crisis to take the attention off of his defeat.

The document once again peddles the lie that voting fraud is extremely rare. As I have explained repeatedly over the last few weeks, it’s not rare and could have swung many races, including US senate seats.

Now let’s get to Appendix C of this document, where they lay out the four possible scenarios for this election and have war gamed what could happen and how both sides could respond.

In this wargame, the election came down to three states: North Carolina, Michigan and Florida and resulted in a 269-269 tie. A ‘blue shift’ then later occurred where it originally looked like Trump wins but then appears that Biden has won.

In this game, they are making the case that Trump could incite the “Insurrection Act” and call his supporters to turn out into the streets to sway the results because it looks like he was going to lose.

They are setting this election up where if Trump takes any action against their schemes to steal the election, including one of the many stunts they are guaranteed to try and that is to try to get mail-in ballots that were sent in after the post-marked date counted, that that only proves that he is the dictator that they have been warning about.

In this game, a winner is still not decided by January 20th, and it is questionable who the legitimate President is.

In this scenario, Biden clearly wins both the electoral count and popular vote. After Trump initially contested the vote and called for investigations into the massive amount of fraud, and later discovering that his efforts to challenge that are unlikely to succeed, Trump moves into self preservation mode for himself and his business. Trump then moves to pardon his family members, political allies, and cabinet officials. The Trump campaign then took steps to position either Donald Trump or his son Donald Trump Jr. to run in 2024.

In this game, Trump is the clear winner, in both the electoral count and popular vote. This game ended in a “constitutional crisis”, threats of succession (from Democrat states), and a abolishment of the electoral college.

The game alleges that Trump “planted agent provocateurs into the protests to ensure the protests turned violent” which he later cracks down on. Trump also moves to eliminate the “Deep State”, rushes judicial nominations through, and continues to promote military personnel “pro-American views”.

Remember how I said last week that I wouldn’t be surprised if California, Oregon and Washington moves to secede? Well, they have even war gamed specifically those three states seceding from the union if Trump wins the electoral college but not the popular vote.

“The Biden campaign encouraged Western States, particularly California but also Oregon and Washington, and collectively known as “Cascadia”, to secede from the Union unless Congressional Republicans agreed to a set of structural reforms to fix our democratic system to ensure majority rule. With advice from President Obama, the Biden Campaign submitted a proposal to 1) Give statehood to Washington, D.C. and Puerto Rico; 2) Divide California into five states to more accurately represent its population in the Senate; 3) Require Supreme Court justices to retire at 70; and 4) Eliminate the Electoral College, to ensure that the candidate who wins the popular vote becomes President.”

Trump then pushes to divide the Democratic party by claiming that Sanders would have won if he was nominated, forces the Biden campaign into supporting California’s succession, and tried to position Trump as a “unifier”.

In this scenario, Biden narrowly leads by less than 1% and is predicted to win 278 electoral votes. The major news networks call the election for Biden, but Trump refuses to concede.

In this scenario, Trump engages in a disinformation campaign focused on the mail-in ballots and uses the DOJ to investigate voter fraud. Trump then continues to sow chaos about the results. Conservatives like Rush Limbaugh accuse Biden of accepting help from China and infowars publishes a list of addresses, phone numbers and other personal info of electors pledged to vote for Joe Biden.

Trump then refuses to leave the White House after the results are certified, he began to burn documents and incriminating evidence, and the Secret Service ends up escorting Trump from the White House because they declare that they are loyal to the office and not the President himself.

By the end of the game, after being willing to give Trump a way out, the Democratic Party launches investigations into Trump’s criminal activities.

The document then ends with calling for a “robust, intentional, and specific strategy to challenge the white supremacist and extremist networks that enabled Trump’s rise to power and were in turn enabled by Trump’s administration” and that no President should have the power that Trump had and that we need to limit the executive power.

The Left is trying to cause chaos if this election doesn’t go their way and as I will explain next week, they are trying to cause a Revolution and they have all of the pieces needed for a successful revolution.