How Sri Lanka went from the model to complete collapse in four years and what’s coming for the U.S? 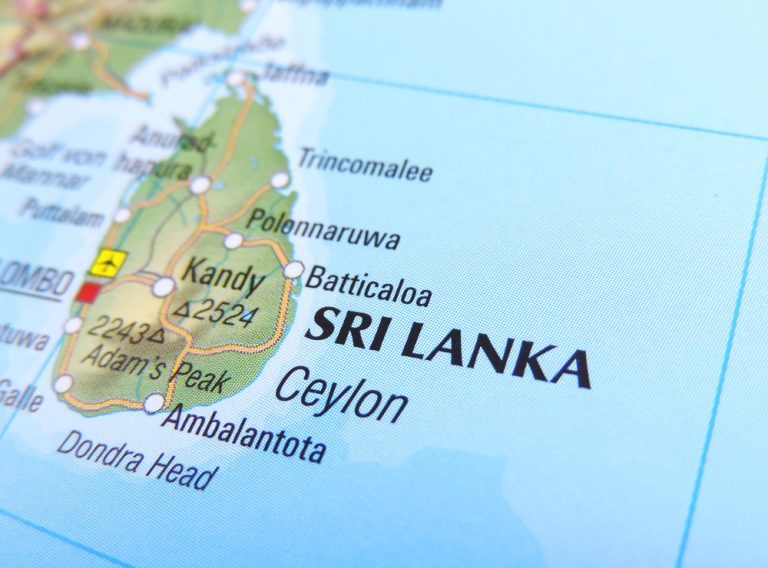 Most people don’t spend time thinking about Sri Lanka and what their economic conditions mean for the world, but you need to be paying attention. Sri Lanka is foreshadowing what is coming if we continue down the path that we are on.

In 2018, the WEF praised Sri Lanka and the direction that they were headed in. In 2018 they published an article (which was recently deleted) titled “Sri Lanka PM: This is how I will make my country rich by 2025”. In 4 years Sri Lanka went from a country that was praised for their success to a country that has gone bankrupt and in complete collapse. How did this happen in a matter of 4 years?

Sri Lanka’s spending became out of control and the country began to move rapidly towards a new kind of capitalism. They began to move rapidly towards green energy. They cut taxes but didn’t cut spending and began printing cash at unprecedented levels. They completely changed their farming and agriculture industry and started farming under new rules that were more “environmentally friendly”. Does any of this sound familiar? It does if you have been reading my articles over the last 18 months on the Great Reset because that is all happening in America now.

This is exactly what the World Economic Forum’s plan is for the entire world. Move the economy rapidly away from fossil fuels, change the system into a new kind of capitalism with a public private partnership, dramatically change the farming industry, and print cash at unprecedented levels to be able to pay for this rapid transition.

Sri Lanka is now facing the worst economic crisis that they have ever faced since declaring independence in 1948 and in complete chaos. The government is now bankrupt. They are in default on foreign debt. They can’t even afford critical supplies like fuel, medical supplies and food after energy costs skyrocketed. Chaos has broken out across the country. A country that was being praised and held up as the model just 4 years ago is now in complete chaos.

They have now suspended fuel purchases for any use outside of essential services. Severe food shortages have forced three-quarters of the population to reduce their food intake. They are almost completely out of lifesaving medical supplies. And between August 2021 and June 2022 inflation skyrocketed from 5.7% to 54.6%.

Why should you care about the island country of Sri Lanka with 22 million people? Because we are doing the exact same thing here and it’s going to end in the same way if we continue down this road. We are rapidly moving away from capitalism and towards a “new kind of capitalism” where the economy will be managed through a “public private partnership”. We are rapidly moving away from traditional farming and towards more “environmentally friendly” farming policies. We are printing money at unprecedented levels to fuel our rapid transition away from fossil fuels and towards “green” alternatives that are unreliable. And we have an administration that is doing everything possible to shut down fossil fuel production and is driving energy prices through the roof.

What comes next for the U.S?

You may see gas prices fall for the next few weeks but that is not going to last because we didn’t do anything to actually solve the problem. The administration is still continuing to make it more and more difficult to drill (and no, production is not at record levels. So far in 2022 (as of April which is the latest data published), about 11.5 million barrels per day are being produced in the US. In 2018 and 2019 over 12.2 million barrels were being produced daily, so we are approximately 700,000 barrels short of the 2018 and 2019 average). That statistic doesn’t even tell the worst part of the story. They are making it harder for new leases to drill which means when the current wells run dry, that is when the impact will really be felt.

What does skyrocketing prices mean for the rest of the economy? Inflation is going to continue to skyrocket. That’s going to lead to more and more money being printed so that we can pay our debts which is going to lead to even more inflation and higher interest rates. Very soon the U.S. government will end up paying more in interest on the debt than they take in if they continue down the current path. The only potential caveat to that is if we went into a collapse at least the size of 2008. We could potentially get interest rates under control and prevent the collapse for another few years, but we are still on the same trajectory.

But back to oil specifically. the Sri Lanka government is now restricting what oil could be used for due to the shortages. What do you think is going to happen if our strategic reserves are completely depleted (and they are falling rapidly) and we get into war with Russia or some other emergency arises? The Biden administration is already hinting that they are considering nationalizing the oil industry. Without the strategic reserves they are only one crisis away from restricting you on how much gas you can use. And as I have been saying for 18 months, that is the goal of the Great Reset.

For more on the Great Reset, visit Mikulawire.com and click on the tab at the top of the homepage. There you will find over 50 articles that I have written over the last 18 months on this topic.

Subscribe to my free newsletter below so that you never miss an important story from MikuaWire.com. This email goes out every Monday morning and includes any articles that I published the previous week, along with several other important stories that I think you should know about.