Founders Corner’: Did you know that New England once required that all teachers teach the Bible? 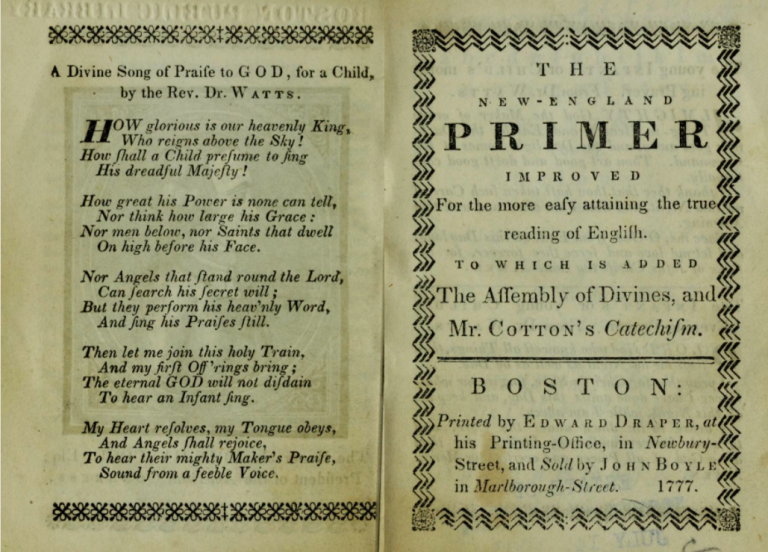 Progressives likes to repeat the “Separate of Church and State” slogan constantly whenever a Christian mentions anything about how the government should run. But those words actually aren’t found anywhere in our Constitution. What the Constitution does mention is that “Congress shall make no law respecting an establishment of religion.” That doesn’t mean that our elected officials can’t be religious or that our country wasn’t founded on biblical principles (because it was). That line in the first amendment means that the government can’t interfere with the church, not the other way around.

Progressives like to use this line when it comes to public schools as well. Because of “Separation of church and state”, the Bible can’t be taught in public schools. But there was a time when some states, Massachusetts in particular, required that teachers taught the Bible. Our education system was actually founded because our Founders believed that it was important for kids to learn about religion and to know the Bible.

In 1642, The General Court of Massachusetts passed the first public education law in North America, that required that children be taught how to read and write. The Puritans believed that it was important for people to be able to read the laws of the state and the Bible for their own wellbeing, as well as the well being of the State.

In 1647, Massachusetts passed another law, clarifying the intention of why they founded public education by passing what became known as the Old Deluder Satan Act. This act stated that “It being one chief project of that old deluder, Satan, to keep men from the knowledge of the Scriptures, as in former times keeping them in an unknown tongue, so in these later times by persuading the use of (foreign) tongues, that so at least the true sense and seeming deceivers; and that learning may not be buried in the graves of our fore-fathers in Church and Commonwealth, the Lord assisting our endeavors”. The law goes on to explain that “it greatly concerns the welfare of the country that the youth thereof be educated not only in good literature, but in sound doctrine” and that sound doctrine was “satisfaction according to the rules of Christ” which was required of all teachers in Massachusetts.

Some of the critical materials that were taught were the Hornbook, the Primer, the Psalter, Testament and the Bible.

The education system started off with teaching the Hornbook, which was a flat piece of wood with the alphabet and the Lord’s Prayer on it.

Students then moved on to learning the Primer, which taught more advanced words and included significant amounts of religious instruction, including instructions on how to “Pray for God, Love God. Fear God. Serve God”. It also taught students that they were born sinners and that it’s through Jesus Christ that they could be forgiven, what it means to be sanctified, the ten commandments, and baptism.

The Primer became the main text in New England for over 100 years until the early 20th century. Millions of copies of the Primer were sold and it was taught throughout schools in New England from Massachusetts, to Connecticut, to Pennsylvania.

When Progressives repeat the “Separation of church and state” line, I’m curious what time period in American history they would like to go back to, because our very existence, including our education system, was founded on Biblical principles. Many schools today don’t even allow a simple prayer in public schools, but kids in the 1600s and 1700s were taught directly from the Bible.

If we are ever going to restore our country, we first need to know the principles that it was founded on. Progressives have done an excellent job over the last 100+ years manipulating people and altering history. I’m glad that organizations like the American Journey Center in Dallas Texas exists to preserve and teach actual history. I’ve had the opportunity to visit the museum several times over the last year and I highly recommend that everyone visits it if they have the chance. Be sure to watch out for seminars that they hold several times per year. Families are welcomed.

Check out their article on The New-England Primer for more facts here:

Subscribe to my free newsletter below so that you never miss a story from MikulaWire. This newsletter goes out every Monday morning and will included any articles that I published the previous week, including any of my articles on current events, as well as several other stories of the week that I think you should know about.